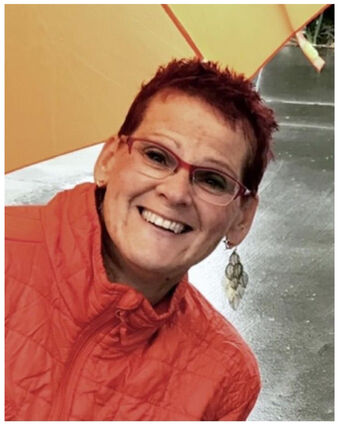 Julie was preceded in death by her father, John Garvin; sister, Lucinda Harmon, father- and mother- and brother-in-law as well as several aunts, uncles and cousins.

Julie was schooled in California and Washington State, where she last attended Cheney High School. It was in high school when she had to face cancer for the first time. She was able to successfully be cured of that bout of cancer.

Later, Julie married John Hay on 8/18/1979 in Spokane. They were both baptized as Jehovah’s Witnesses in 1977, at the same time, at the same location, though they didn’t know each other yet. They met over a year later and had been together in worship, travels and child rearing for over 41 years.

Though Julie thought of herself as a shy person, she would not hold back from defending or helping her family when she could. She was known among friends and family for her bright personality that was reflected in her brightly colored dress. She was easy to love with a quick smile and cheerful disposition.

We will miss you a lot, sweet Julie.