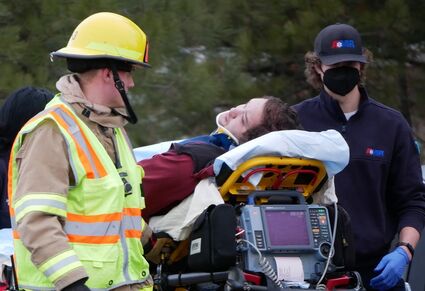 CHENEY – A man driving a silver Ford Expedition westbound on WA-904, crossed the center line and collided with a tree on the opposite side of the road, Jan. 16 3:25pm.

According to Washington state patrol, the man, identified as Blake Ferrell, had a seizure while driving which caused him to lose control and swerve over the center line. He was transported to the hospital for treatment, but was uninjured in the crash. Although he was still being assesse...