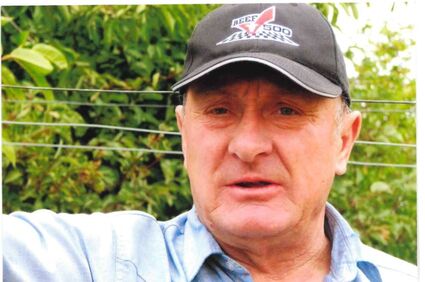 Daryl, lifelong resident of Cheney passed away at the age of 83. Daryl was born at Sacred Heart Hospital on Nov. 22, 1938, to his parents Henry Ivan Franz and Alta Jesse Corley. He recently suffered a stroke and was starting to recover successfully, but took a turn for the worse and died at Sacred Heart Hospital on Oct. 5, 2022, at 6:45pm with complications of hip surgery.

He graduated high school in 1957 from Cheney Fisher building, played in the pep band (saxophone) and loved the going-away games. He belonged to the FFA and served the National Guard for 6 years starting in 1959 and was honorably discharged Feb. 1965. He worked for his dad Hank Franz before starting his career with Spokane County.

He was a "Levi's 501 shrink-to-fit only" jeans guy and wore cowboy boots almost exclusively, and wearing White's boots for heavier jobs. The first car he had was a 1950 Deluxe Chevy four-door car and also had a 1978 Ford pick-up that he still owns today. He ended up selling a 1957 Chevy Belair he had owned, a car he wished he still had. He loved all of those cars. He always enjoyed talking to new people and friends, and loved his two grandsons chauffeuring him around (Nicholas and Dylan). He enjoyed his grandson Trenten driving the truck to feed the cows as well as his grandson Tanner, helping doctor the calves. Daryl loved the Paul Harvey Radio Show and the Rush Limbaugh program. He adored his Black Angus and Dutch belt dairy cows, which his dad started to own in 1947. Daryl also loved going to Zips for coffee with friends, navigating maps, and dancing at the Buckhorn. His drink of choice was red beer – tomato juice with beer and enjoyed drinking grey hounds. His favorite barber shop was Shorty's place, and he introduced his grandsons, Nicolas and Dylan, to get their first haircut there.

He belonged to the Cattleman's Association, Amber Grange (that is now Tyler Grange), and the American Legion.

Preceded in death by his parents Henry Ivan Franz, and Alta Jesse Franz, and his first cousin, Bobby Ely.