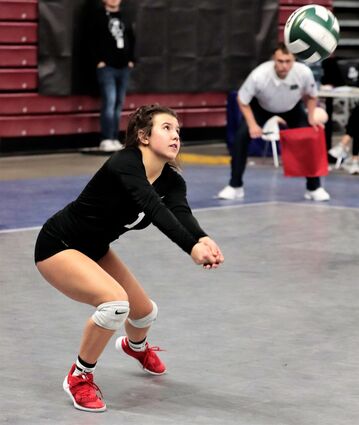 YAKIMA – The Northeast 2B girls volleyball teams competing at state all advanced to the state quarterfinals with wins this morning, Thursday, Nov. 10, in the Yakima Valley SunDome.

The Broncos hit the court at 8 a.m.

Initially, they fell behind the Timberwolves. But down 14-7, Coach Cari Galbreath called her girls into a huddle.