Nowels ahead of Nelson in sheriff's race 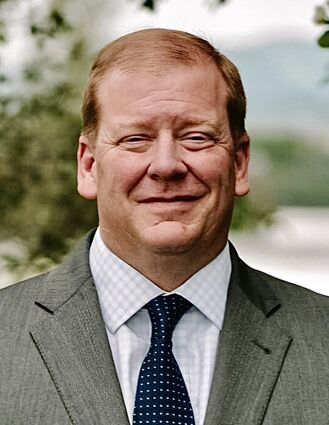 CHENEY — Both Undersheriff John Nowels and former sheriff's office employee Wade Nelson hope to follow Ozzie Knezovich as Spokane County Sheriff starting in January. Both Nowels and Nelson are running as Republicans. Early results following the General Election on Tuesday, Nov. 8, 2022, showed Nowels winning with 58% of the vote. Nelson was trailing with 39%.

"Pretty happy with the results. I think it's a good number. Obviously, a lot more ballots are going to be counted between now and Friday," Nowels remarked to the Valley New Herald on Election Night. "I couldn't be happier with the job my campaign team did to get my message out. Letting people know the kind of Sheriff that I will be."

John Nowels, 49, has been with the Spokane County Sheriff's Office for over 24 years. He was promoted to undersheriff in 2019. Nowels has lived in Spokane County most of his life. He graduated from Central Valley High School in 1991. John has a bachelor's degree in criminal justice from Eastern Washington University and a master's degree from the University of Oklahoma. He also graduated from the FBI National Academy. Nowels is married and has four children.

Wade Nelson, 50, joined the Spokane County Sheriff's Office in 2001. He was employed there for almost 21 years, working under both Knezovich and Nowels. Prior to that, he served in the US Navy for six years as an Intelligence Specialist. Nelson was raised just outside of Creston, Wash. He graduated from Creston High School. Wade is married with three grown children, a son, and two daughters. Nelson took a leave of absence from the Sheriff's department last year to explore other career options before officially leaving the agency in June. He says he wants to bring transparency and accountability to the Sheriff's office.

Nowles says if elected he will continue to use social media and digital marketing platforms for recruitment purposes and ensure the county has a competitive wage for the Spokane law enforcement market. He feels the support of the county commissioners and Spokane Valley officials has been helpful in their effort to attract qualified candidates. Nelson says he will work with county commissioners and the community to get the staffing levels back to where they should be.

Both candidates say that Spokane County desperately needs a new jail. They also agree that legislative changes are needed regarding police pursuits and drug possession.

Regarding the homeless population, Nowels believes the Sheriff's first priority should be to keep order in the community and advocate for victims of crimes. Nelson says the Sheriff is responsible for protecting and upholding people's constitutional rights and keeping the community safe while coordinating with community leaders, and service providers to come up with a comprehensive plan to address homelessness.