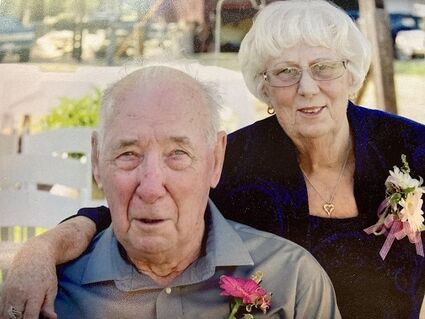 Born to Irma and Alfred Albrecht in Berlin, Germany, Hans took up the trade of brick mason in his youth. This is when he fell in love with a girl from the neighboring apartment building, Inge. In 1952, Hans left Inge behind in Germany to create a better life for them in Seattle, Wash. where he worked construction. After saving enough money, Hans drove to New York to be reunited with Inge in 1954 and they started their life together back in Seattle, welcoming their two sons Gary and Ralph soon thereafter.

In the summer of 1968, the family moved to Omak, Wash. where they spent 34 years before moving closer to family in Cheney in 2002. While in Omak, Hans built the family home while also running a construction business. His craftsmanship can be seen in buildings throughout Omak, including the courthouse.

Known as Opa to his grandkids, Hans had many interests. He loved to build, if there was wood around, he would turn it into something beautiful. He also loved watching his birds in his custom built birdhouse and his face would light up when dogs would come to visit. He would occupy any visitor with stories from Berlin during WWII and his journey to the United States. But nothing made him happier than when he was twirling Inge around on a dancefloor.

In lieu of flowers the family asks that donations be made in Hans' name to the Humane Society. https://spokanehumanesociety.org/donate/