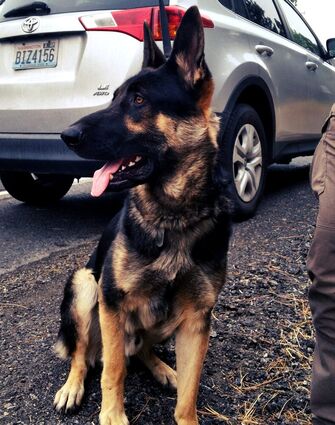 CHENEY, Sept. 22. Two teens were involved in a traffic collision on the 904 Highway, headed east, on Thursday afternoon, Sept. 22. State Patrol responded after a motorist slowed to avoid hitting a German Shepherd (pictured) that had wandered into the road. The driver directly behind rear-ended the lead car. The circumstances were still being investigated at the time, and further details will be released as soon as they are available.

It does not appear that any injuries were sustained, but moderate damage was sustained to both vehicles. The dog that caused the lead motorist to break sudde...