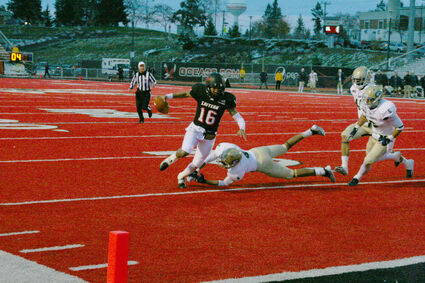 Former Eastern Washington quarterback Vernon Adams in his days as an Eagle racing towards a touchdown in 2012 against Cal Poly.

Former Eastern Washington University standout quarterback Vernon Adams Jr. has been traded from the Montreal Alouettes to the British Columbia Lions of the Canadian Football League the team announced Aug. 31.

Adams Jr., who began his college career at EWU in 2012 and earned numerous honors, including was twice named Big Sky Offensive Player of the Year, played his final season at Oregon of the Pac-12 in 2015.

Adams Jr. was originally on the Lions' negotiation list before being dealt to Montreal in May 2016. He's since also played for Saskatchewan for a brief time before returning to Montrea...