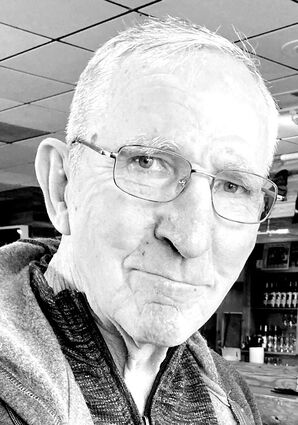 This, offered in loving memory of Ralph Walter Sunwold who returned to his Lord Jesus Christ on July 23, 2022 at age 76.

Ralph was a loving husband, dad, grand dad, and great grandpa to the family he always cherished.  Some of his life-long pals called him "Sunny" which perfectly described his approach to the challenges of life.

Ralph was born Jan. 6, 1946 to Albert and Christine Miller Sunwold (both deceased) of Fairfield, Wash.  He was the youngest of three children and was predeceased by his brother, Lloyd and sister, Dorothy.

The work ethic and love of the farm was instilled in Ralph's life early on. While a student at Liberty High School, he did farm work for friend and mentor, Ralph Riefenberger.

After high school graduation in 1964, he enlisted in the Coast Guard and received his dream assignment, playing trumpet in the Coast Guard Exhibition Marching Band.  After an honorable discharge, Ralph completed his degree in Industrial Art Education.

With his new bride, Christine Choate, he moved to Worley, Idaho and taught mechanical and building skills in the Worley School District.

Eventually Ralph returned to the "city" hiring on with Goebel Construction Company where he had a hand in remodeling and building much of downtown Spokane.

Upon retirement Ralph and Christine returned to Spangle, Wash.  Shortly, Ralph was back of the farm helping the Cornmesser family part time.

Completing his career accomplishments notably, Ralph served as Mayor of the Town of Spangle.  He and his council worked to bring about many improvements to the town he loved.

During his time in office he lost his dear Christine to cancer.  His devotion to Chris and her needs didn't go unnoticed.  Ralph was in every way giving and selfless.

Even during his twelve year battle with Parkinson's disease, he optimistically looked forward to the next high adventure with friends and family; prairie dog hunting and gun shows with Scott and friends, trips to the Kettle Falls cabin, huckleberrying, or playing corn hole with the Henry's.

Ralph and Carol shared the last five years at their Suncrest, Wash. home.  Remarried and retired, they RV'd, gardened, enjoyed Ralph's shop and sharing projects and "toys" with Scott, and watched the deer amble through their yard.

Special thanks must be made to our wonderful neighbors in Suncrest who were always ready to help when help was needed and to Kathleen Henry who spent many hours lovingly encouraging and caring for Ralph.