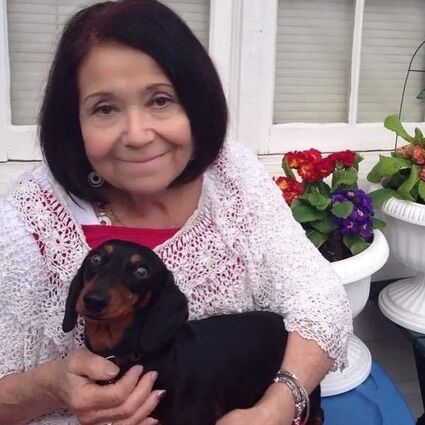 Alicia Shepard of Cheney, WA passed away peacefully in her home on July 17, 2022, surrounded by family. Alicia was born Juana Chavez in Aguascalientes, Mexico on Dec. 27th 1946, to Ildefonso and Maria de la Luz Chavez.

As a teenager her mother moved her to Calif. to receive an education. She attended high school in Torrance, Calif., and worked as a nanny until she got married and became a mother. In 1979 her family moved from Hayward, Calif. to Spokane County.

Alicia was a gifted singer and performer who gained notoriety at the age of ten when she won a singing contest in her hometown. She continued performing in Calif., often with mariachi groups, in clubs, festivals, churches and prisons. Anyone who had the pleasure of hearing "La Chatita" was amazed at the volume and versatility of her voice.

Alicia was also famous for her cooking. She loved preparing traditional Mexican food for family and friends. She was a warm hostess who made everyone feel welcome, and often sent guests away with a gift: usually one of her hand-sewn "fancies". She loved writing poetry, traveling the world, and telling jokes. Her enormous sense of humor will never be forgotten. Spending time with her children, grandchildren, and great-grandchildren was her life's passion.

Alicia exemplified a life of faith, service, love of heritage, and cleanliness. She was a custodian and Spanish interpreter for 35 years employed at Valley General Hospital, Eastern State Hospital, and Eastern WA University: retiring in 2012. She taught her family to have pride in their Mexican heritage and love for the U.S.A. She believed in the American Dream and lived it. She inspired two generations of sailors, soldiers and Marines in her family. Above all, she wanted her family to know Jesus Christ for themselves. She was a devoted member of The Church of Jesus Christ of Latter-day Saints. Volunteering at the Temple was one of the highlights of her life.

A Celebration of Life is planned for a later date. A request for any donations made in her name be sent to The Uniformed Services Organization (USO).