USA gets win on the pitch over Germany 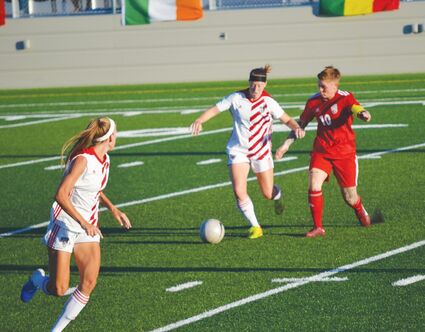 SPOKANE-The U.S. Armed Forces Women escaped with a close 2–1 win over the German Bundeswehr team at Mead's Union Stadium Friday night, July 15, placing them within sight of the final championship rounds on July 22.

The victory was sweet revenge for returning players on the squad after their defeat at the hands of the Germans in the 2019 Conseil International du Sport Militaire (CISM) World Games in Wuhan.

The American team pulled off the win after an uncertain first half, controlling possession but missing several shots on goal. The match's first score came when Army 1st Lt. Haley Roberso...