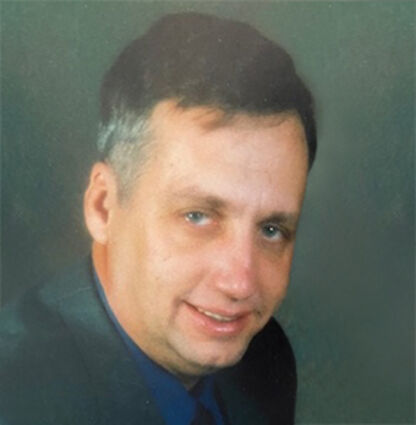 John Brooks passed away in his sleep on July 5, 2022, at the Cheney Care Center after battling cancer for many years. John was born on Nov. 25, 1946, in Springfield, Mo.

John was in the United States Air Force and was stationed at Fairchild Air Force Base where he met and married Debbie Blanchard. After John was honorably discharged, they moved to St. Louis where John worked at the airport for several years before deciding to move back to the Spokane area to be closer to family.

John was employed at Eastern Washington University until his retirement. John and Debbie enjoyed traveling with wonderful friends to Europe, cruising to Alaska, and traveling back and forth in their beautiful motor home to warmer climates during the cold winters here in the inland northwest.

John was a well-loved member of the Spokane area theatre community. For nearly forty years John acted, directed, stage managed, and generally supported the cause of theatre. He was active with the Civic Theatre, Spokane Children's Theatre, the Rogue Players, Ignite Theatre, and others. He directed Stage Wests' most successful run with the production of "One Flew Over the Cuckoos' Nest". As his fellow thespians describe John, he was 'One of a kind'.

John also much loved the game of golf, enjoyed weekly trivia competitions, and his love of flight, especially Charles Lindbergh and the Spirit of St. Louis. John was a collector of airplanes and chess sets and he enjoyed driving his convertible green Volkswagen bug and his little moped around the Cheney area. John rode his Harley Davidson for years including a trip to Sturgis.

A memorial service will be held at the Veteran's Cemetery on July 22 at 9:45 followed by a celebration of John's life at 11:30 at the Session's Village event hall (behind the Cheney Care Center) at 2221 N. 6th, Cheney, Washington.