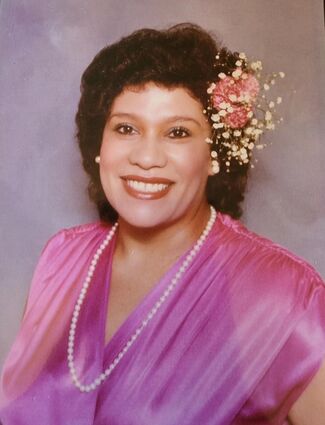 Born in Mezquitic, Jalisco, Mexico, Lupe was raised in Tijuana, Mexico, and later moved to Sun Valley, California where she met her husband, Eugene M. Cannon Jr. Their courtship started when they met at their place of employment and married in 1971. They settled in Cheney, Washington in 1993 where they made beautiful memories with family whom she loved and was extremely proud of her children and grandchildren.

Lupe retired from Eastern Washington University (EWU), after working 18 years in the Chicano Education Program. She provided support and mentoring to hundreds of students to help them achieve their educational goals. She is remembered by all of her students as their "EWU mom" as she received them with open arms and always made sure they were fed with her delicious homemade dishes.

While working at EWU, she received numerous awards for organizing cultural events at school and in the community. Lupe also worked for H&R Block for 18 years as the only bilingual Tax Preparer in Spokane. She was also a founding member of the Club de Latinas de Spokane, a social group of Latinas promoting culture, and actively involved in civic and community actions that support social causes benefitting Latina women and their families.

Lupe was admired and highly respected as she touched the lives of everyone she interacted with. Her kindness, warm hugs and contagious smile will never be forgotten.

Her hobbies included gardening, reading, traveling and spending time with her family.

The family request that in lieu of flowers, donations can be made to the Union Gospel Mission (UGM), Women and Children Spokane, in honor of Guadalupe Cannon at https://www.Uniongospelmission.org/thrift-stores