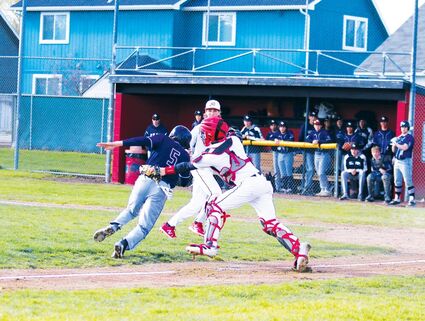 Cheney catcher Jamel Chabot puts the tag on G-Prep's Turk Riggan as he attempts to score in the top half of the third inning. Carter McPherson backs up the play.

Cheney is now 4-10 in league competition, 4-12 overall, and is in eighth place in the GSL standings.

The team's ace lefty Quinn Hobbs, who has been nursing a back injury, turned in a strong performance in the second game against G-Prep.