Nelson Athlete of the Week 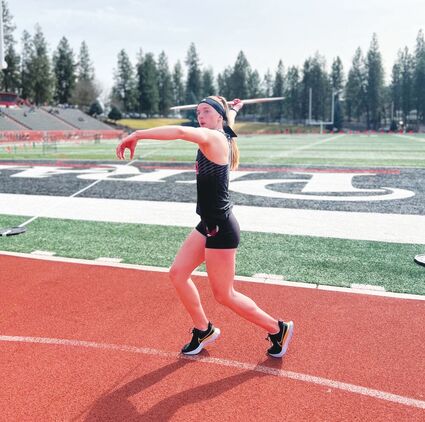 CHENEY – Eastern Washington University's (EWU) Maggie Nelson was named the Big-Sky Conference's female field Athlete of the Week for her heptathlon performance during the Buc Scoring Invitational on March 24 and 25.

"To me it just means that all the hard work that I've put in that last four years has finally come to a climax and I'm being recognized for it," Nelson said.

This is the first time Nelson h...