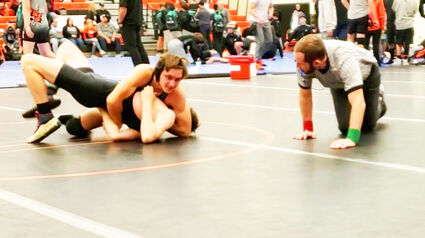 MEDICAL LAKE – After having placed third in state last year, and fourth in state the year before, and sixth in his freshman year, 17-year-old Aden Carl said he has his sights set on taking first this year.

Carl said he is extremely proud of his success and accomplishments as a Cardinal wrestler so far, but his goal is to win state before he graduates.

The wrestler is undefeated this season with a strong record of 22 wins and no losses, and said he feels confident he can win but he still has a lot of hard work ahead of him. Being able to put in the consistent hard work both in and out o...