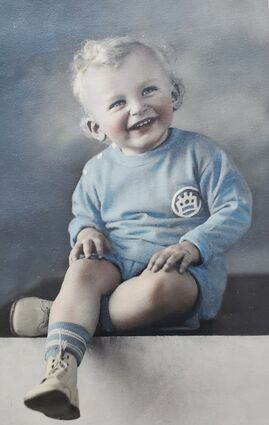 Robert “Bob” Jacob Blank went home to be with the Lord Jan. 13, 2022 after battling cancer. Bob was surrounded by family and friends until the very end and was very well taken care of by the “Golden Girls”. Bob was born June 3rd 1937 in Spokane to John and Mabel Blank and lived on a couple farmsteads in the Rosalia area before settling in to the house that was built on the farm, the place he called home in 1942. As a young boy, Bob fell in love with all aspects of farming, working with his Dad and with Uncle Jake, being a farmer became his lifelong ambition and love.

Bob attended Rosalia Schools were he participated in football, basketball, baseball, FFA, band, Annual and Paper Staff. He graduated in 1955 and enlisted in the US Army which provided him the opportunity to travel to Germany and France to assist in the rebuilding from the devastations of World War II. After his 2-year service, he worked for Lawson Pre-Mix hauling cement to several construction sites in the Rosalia and Oakesdale area, worked on the section for the Milwaukie Rail Road, Oakesdale Grain Growers, Rosalia Producers and in Nov. 1961 he landed a job with The Pacific Gas Transmission (PGT), a career that lasted 37 years where he performed many different duties from maintenance, mechanics, equipment operations, changing out charts monthly at meter stations, walking miles of pipeline and also negotiated union contracts. But to him, the most satisfying career was being a part time farmer.

Prior to his employment at PGT, something special took place at a dance at the Plaza Grange Hall; it was there that he met a very unique lady by the name of Frances Breese. They were wed on Oct. 14th 1960, a marriage that lasted 56 years until her death in 2017. Together they raised a family of two boys, Bradley born on March 20, 1963 and Carl April 29, 1966. He was a devoted family man, not only did he see to it that his wife and kid’s had what they needed, he was always there for his Mother Mabel, who was a widow for the better part of 30 years. He loved to take us all out for a Sunday lunch, which he did for all his life. He also liked to take us on a “road trip” which consisted of what could better be described as a “Farm Tour”. He liked to see the different farm practices, what worked and what didn’t and attempted to apply those successful practices on his own farm. He was a diligent worker and expected the same from his boy’s, not allowing them to do a job “half baked”. He was stern, yes, but you could tell by a wry smile on his face when you did the job right.

As for traveling, well, a Blank Family vacation would start by loading up the car at 5 A.M. on a Friday morning, usually going to a hot spring’s in Montana or Canada, loading the car back up at 6 A.M. Sunday and back home we came, It was not Bob’s style to be away from Rosalia for very long. As a Grandfather of four girls, he enjoyed being the “Bus driver” when they didn’t want to ride or missed the School Bus, it just took a phone call and he was there. He also like supporting them all in there sporting events, they all managed to transform that stubborn German into a bit of a “softie”.

Bob was very active in the Rosalia Community; specifically he most enjoyed the Masonic Lodge where he served in many offices including Worshipful Master. He spent many hours memorizing the work and was a great mentor to other mason’s. He presided over countless Masonic Gravesite Services until his voice gave out a few years back. His involvement also extended to the Frank Rider Trust Board and Rainbow Girls and served as a Rainbow Daddy. He was also a member of the Whitman Country Shrine where he would travel around selling ads and serving at the Palouse empire fair in Colfax. He served on the town council, chamber of commerce, Battle Days committee and the historical society. Anyone who knew Bob very well considered him a “walking encyclopedia” of historical events around the world and the community of Rosalia that he loved so much.

Bob’s last few years had its share of ups and downs; the down’s were primarily health related. Two bouts with Cancer, the loss of his wife “Franny”, one more bout with Cancer, Covid 19, another battle with Cancer and the Loss of his Son Brad. Through all this there were ups as well; he talked often about being “thankful” and how every day was a bonus to be spent with family and friends.

He was a very social person and was interested in people; he didn’t care what you did for a living as long as you did it well. Bob had friendships that spanned eight decades. Bob Maley, Glen Edgemond and Dave Preston come to mind and many others he encountered along his life’s journey, the family is very happy he met Lisa Kuehne who made his last days a very special time for all of us. 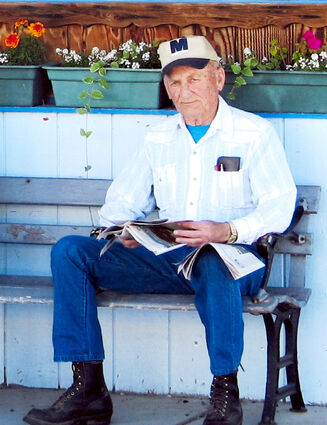 A Masonic Gravesite service will be held at the IOOF Cemetery in Rosalia on Saturday, Jan. 29 at 12:00 and a catered luncheon at the Community Center, 106 W 7th Street at 1:00.