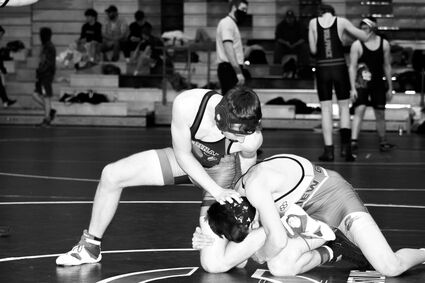 CHENEY – Medical Lake's Aden Carl went into the Cheney Invite as the number one seed in the 132 pound class, and increased his winning streak to 21-0 on the season by winning all of his matches on January 8.

Roberts received a bye for his first match, and then pinned Seth Bromley from North Central.