By Olivia Harnack
Special to The Free Press 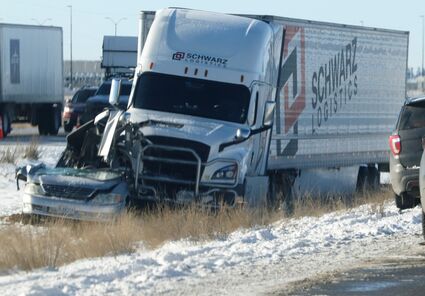 A Toyota Avalon rests under the front end a Freightliner truck New Year's Eve, Dec. 31. Avalon driver Angela Kondratyuk, 28, of Kennewick, died of injuries she sustained in the crash.

Angela Kondratyuk, 28, of Kennewick, died of injuries she sustained in the crash near Milepost 274, the Washington State Patrol reported.

Kondratyuk lost control of her eastbound 2004 Toyota Avalon and was struck by a 2021 Freightliner truck and trailer, the patrol said, noting the truck was also eastbound. Kondratyuk's car spun 360 degrees and the driver of the truck Shahed Mahmood, 47, of North Port, Fla., was unable to stop in time to avoid a collision, the patrol re...