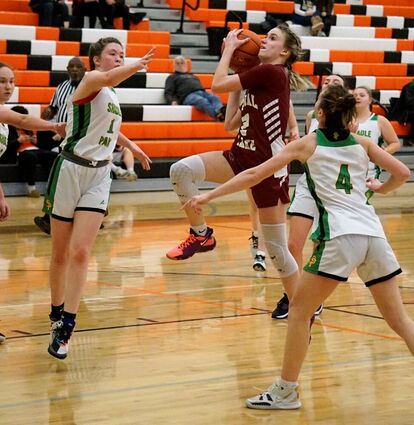 Medical Lake's Ellie Haas cuts between two Shadle Park defenders and puts up a layup for a quick two points to increase the Cardinal lead.

The Cardinals took an early lead behind a steady offensive gameplan that allowed the team to move the ball effectively and create high percentage shots.

The team also utilized a lot of defensive pressure to create offensive fastbreak opportunities as well. Both Ellie Haas and Charde' Luat were ball hawks as perimeter defenders, each player snagging several steals that led to some easy points in transition.