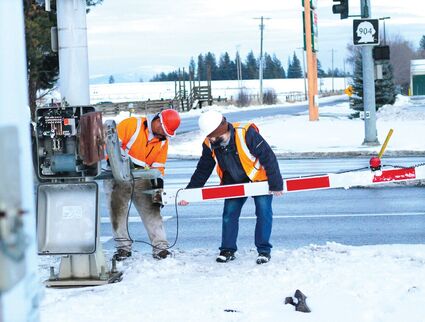 CHENEY – The Police Department had to direct traffic at the corner of Betz Road and state Highway 904 on Thursday Dec. 22, after the railroad crossing equipment failed.

The arm was knocked off, said English, who was on shift during the time of the incident.

English said the original collision was never reported, he collected the information through officers that were on the scene.

After the gate was damaged, the system would not reset, he said. So Eastern Washington railroad workers...