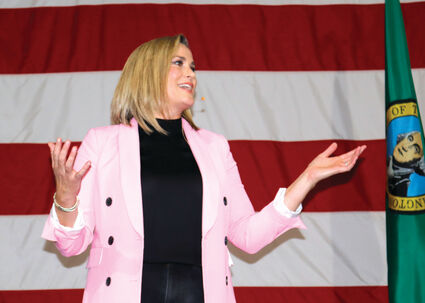 Tiffany Smiley of Pasco talks about her road to the U.S. Senate race during a fundraising dinner in Eltopia on Friday, Oct. 29.

And Tiffany Smiley added several thousand dollars to her campaign warchest Friday night, Oct. 29, during a gathering of hundreds of anti-Murry, anti-Gov. Inslee residents from Franklin County and nearby communities.

"We have a choice," Smiley said, kicking off her speech. "And our choice begins today."