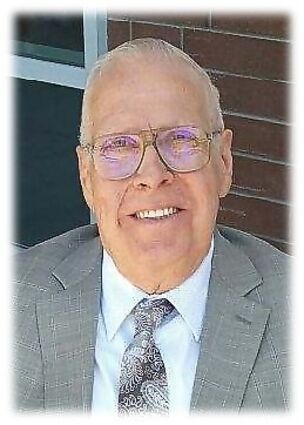 In his youth, and early adult life Lonnie mostly worked at farming.  It was the work he loved best.  For many years he continued to help his older brother care for the family farmstead, but was always ready to lend a hand to the other farmers in the area during harvest.  In 1967 he went to work at Eastern Washington University.  In the early years he was a lead in the custodial department and then moved to become a heavy equipment operator.  He retired in 1999 after 32 years of service.

Lonnie was a hardworking man and a loyal and dependable friend.  A deeply compassionate and empathetic person, who could make a friend of anyone.  He was described by many of his fellow workers, neighbors, and caregivers, as one of the nicest men they'd ever met.

He was a talented artist and model builder.  He enjoyed camping, fishing, and snow skiing, and had a particular fondness for being outside; always looking for opportunities to appreciate the beauty of creation.  When asked, Lonnie would without fail say his greatest joy and proudest achievement was his family and raising his four children.

Lonnie will be deeply missed by those who loved him.  As one of Jehovah's Witnesses since 1955, he along with his family, hold a strong faith and hope for a future resurrection on earth (John 5:28-29, Psalms 37:9-11) and a life eternally free of sickness, sorrow, and death.