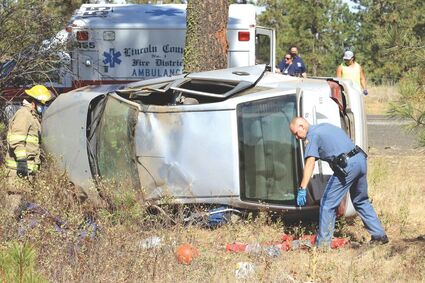 Rescue units from Lincoln County and Spokane County Fire District No. 3 responded to a one-vehicle injury crash Monday morning at Milepost 257 of westbound Interstate 90, between the Tyler and Fishtrap exits. According to the Washington State Patrol, at about 9 a.m., a driver lost control of the vehicle, veered on the median and overturned; the car came to rest against some trees. The driver, whose name was not immediately available, was transported to a Spokane hospital with minor injuries. Westbound traffic backed up more than a mile while the crash scene was cleared.