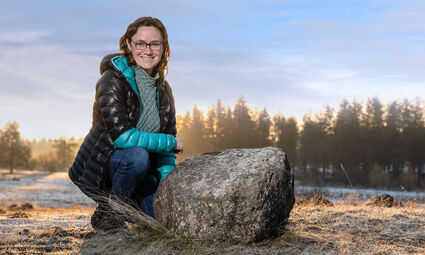 EWU assistant professor of biology Jessica Allen has received a National Science Foundation grant to assist her portion of a study into how lichens act as barometers of climate change.

CHENEY - Eastern Washington University's Jessica Allen has received more than $625,000 from the National Science Foundation (NSF) to fund her part in the Central Appalachian Lichen Project, an investigation into how various factors, both natural and man-made, may have influenced the prevalence and distribution of the region's lichen species.

"Lichens are super sensitive indicators, compared to other groups of or...