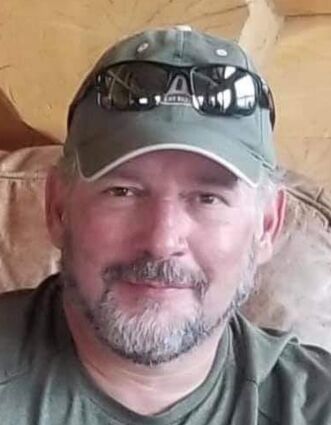 It is with great sadness that the families announce Ben's passing on July 25, 2021. He passed away at the age of 53 due to multiple organ failure, liver disease (NAFLD: non-alcoholic fatty liver disease) as well as endocarditis (infection of the valve of the heart.) Ben fought valiantly for five months. His wife, Jennifer, and his three children, Luke, Felicia and Jessica were by his side at University of Washington Medical Center in Seattle.

Ben was born in Helena, Mont. and adopted by Dolores and Dennis Knaff. He lived his childhood years in Great Falls and Conrad, Mont. and graduated from Conrad High School in 1986. Ben had three children: Luke, Felicia and Jessica from previous marriages. When Ben was visiting his sister, Meridth Lemelin, in Cheney, Wash. the summer of 2012, he met her neighbor, Jennifer. Ben moved to Cheney from Townsend and Ben and Jennifer were married in the summer of 2013. Ben became a wonderful step dad to Jennifer's children: Van, Tomei and Jace. He loved them and treated them like his own. He made many trips throughout the years back to Montana to spend time with his children and their families - never missing a birth, birthday celebration or sporting event. Ben was loved by his Montana and Washington families! He was spread thin - everyone loved and adored Ben and was thankful he could be in as many places as he was.

One of Ben's first jobs was at Buttrey's in Conrad. Ben attended the Montana Law Enforcement Academy and started his career as a Deputy and later the Undersheriff for Pondera County Sheriff's Office in Conrad, Mont. In 2000, Ben moved to Townsend to work as a Sheriff's Deputy for Broadwater County. Shortly after, he became the Undersheriff until he retired in 2010. After he retired, he started a second career with Amerigas in Townsend, and in 2013, Ben became the plant manager of Amerigas in Spokane, Wash.

Ben loved to spend time in the Bob Marshall Wilderness hunting and riding horses. He really loved telling stories about his hunting adventures, too! Ben had a passion for flying. He got his pilot's license and always talked about his kids needing to put in landing strips so he could fly right into their yards. When Ben wasn't traveling to Montana to see his family there, he enjoyed spending time with his step-children at Jennifer's parent's cabin on Clear Lake, near Cheney,

Ben could fix anything - appliances, cars - anything -and happily for any one!

Ben's number one priority in his life was his family. He loved, cherished and was actively involved in his kids' lives and the lives of his six grandchildren. He supported his kids in all their endeavors. He supported each of his children in any career path they chose or if they decided to change paths. He always promised his grandchildren that they could be whatever they wanted to be and he would help them to accomplish their goals. His grandkids knew if they wanted anything they just had to ask their Grandpa Ben. He loved to spoil them all!

Ben's kindness and gentleness will be fondly remembered by everyone. He knew how to rebuild an engine and rebuild feelings. He could lift any weight and lift hearts. Ben's quiet, calm ways countered his busy, active life and careers. More than anything, Ben gave his heart and soul and smile to his family and friends. Ben Knaff will be missed greatly by all that crossed his path.

Funeral services will be held on Saturday, Aug. 21, 2021 at 10 a.m. at Emmanuel Lutheran Church 639 Elm St. Cheney with a reception immediately following. Ben will be laid to rest at Spokane Memorial Gardens in Spokane, Wash.

A celebration of life will be held at the Pondera Golf Course & Country Club in Conrad, Mont. on Aug. 28, 2021 at 2 p .m. He wished for the rest of his ashes to be spread in the Bob Marshall Wilderness by his children. In lieu of flowers, Ben's wife Jennifer is requesting funds be sent directly to a scholarship fund for his six grandchildren, to Felicia Kuka: P.O. Box 491 Valier, MT 59486 in loving memory of their Papa Ben. Ben was excited to retire and support his young grandchildren in their endeavors. Ben's warmth and kindness will be greatly missed by all who knew him.