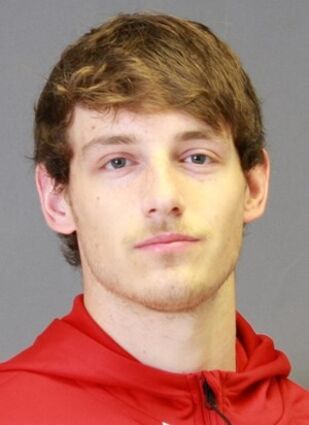 CHENEY — A total of 90 Eastern Washington University student-athletes across golf, men’s and women’s tennis, and men’s and women’s outdoor track and field have earned a spot on the Big Sky Conference All-Big Sky Spring Academic Team as announced July 14.

Among those selected were Medical Lake High School alum Dawson Lack. A member of the Eagle men’s track and field team, the junior seeking a master’s of business administration posted a GPA of 3.93.

Lack was a member of the 4x100 relay team that finished in first place at the Big Sky Championships with a time of 40.74 seconds, third-best in EWU outdoor track and field history.

For the 2020-21 season, and following changes voted on by the league’s Athletic Directors, a student-athlete must have met/or exceeded the following minimum requirements: 1) Be on an active roster for their institution; 2) Achieved a 3.2 cumulative grade point average (on a 4.0 scale) at the conclusion of the most recently completed term; 3) Completed at least one academic term at his/her current Big Sky institution.

These requirements were adjusted from a standard model that included a minimum of playing time for the student-athlete, as well as the academic requirement. The change was made due to the unique nature of the 2020-21 athletic calendar and the challenges facing campuses both in the classroom and on the playing surface.

The complete list of Eastern’s 2020-21 All-Big Sky Spring Academic Team is below. The fall and winter all-academic teams were released previously this week.