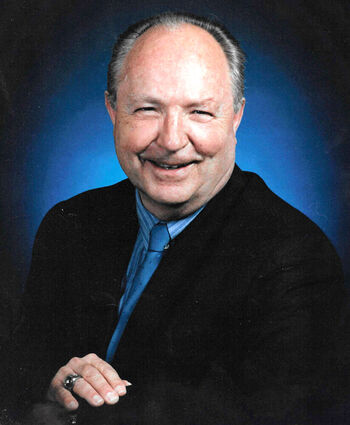 Christopher Joseph Shears, 83, passed away June 16, 2021. Chris was born on May 21, 1938 in Los Angeles, Calif. to parents John and Vera Shears. Chris, who was terrible at "goodbyes" and usually started saying them at least an hour before he actually left, said his final goodbye in Spokane, Wash. on Wednesday, June 16.

His family moved to Spokane when he was young and he remembed gong to the Ritz to watch western double features with his younger brother, Richard. He attended North Central High School where he was a star football and track athlete.

After a serving in the Marines, Chris lived in Hamilton, Mont. before moving to Cheney, Wash. with his then-wife, Mary. He attended Eastern Washington State College while driving school bus part-time for Cheney School District. He eventually took a full-time job with the school district and would remain with them for 30 years until his retirement.

His Catholic faith was paramount, and he was an active parishioner at St. Rose of Lima. He was also a member of the Knights of Columbus and served a term as their Grand Knight.

After his faith and family, there was bowling. Chris bowled in many leagues and tournaments throughout his life, and his home was lined with bowling trophies and "Old Bowlers Never Die" plaques. He even once bowled a perfect 300 game during league play and has the ring to prove it.

Other passions included travel and food. Chris became a world traveler later in life, making several trips to Europe. He also enjoyed going out to restaurants and cooking for family and friends. He would never admit to not liking a particular food, stating "that's different" instead.

Chris is survived by his two sons, John and Eric (Sarah); two grandchildren, Simone and Harvey; his brother Richard; and numerous nieces and nephews.