By From staff and news reports
Cheney Free Press 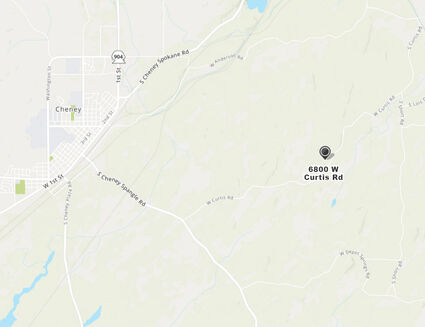 A bicyclist was struck on the 6800 block of West Curtis Road Tuesday evening, with the driver of the vehicle subsequently arrested for vehicular assault

CHENEY - A 26-year-old driver was arrested on vehicular assault charges after striking a bicyclist in the 6800 block of Curtis Road Tuesday night.

According to the Spokane County Sheriff's Office, on July 20 at approximately 8 p.m., Sheriff's Deputies responded to the report of a vehicle/bicycle crash in the 6800 block of West Curtis Road.

Initial information indicates a bicyclist was traveling west on West Curtis Road when she was struck from behind by a Subaru traveling in the same direction. The driver of the Subaru, later identified as 26-year-old Axilena M. White, remained at the scene and was contacted by Eastern Washington University Police Officers, who also responded to assist.

The bicyclist sustained severe injuries as a result of the collision, and due to this, Spokane County Fire District 3 and AMR medical personnel requested the assistance of Life Flight to transport the victim to the hospital quickly, where she was listed in critical condition Tuesday evening. Her condition was upgraded to satisfactory condition Wednesday morning.

Spokane County Traffic Unit Investigators were called to the scene to continue the investigation. The roadway was temporarily closed to traffic with the assistance of SIRT Team Volunteers.

During the investigation, White was suspected of driving under the influence of alcohol, and a search warrant was obtained to collect a blood sample. With probable cause established, White was arrested and charged with Vehicular Assault.

White was transported and booked into the Spokane County Jail for vehicular assault, a felony.