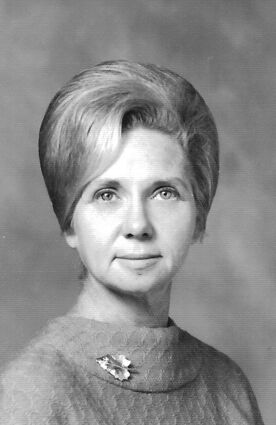 Jean Vivienne (Davis) Gresham passed away June 2 in Colfax, Wash. She was born in Salinas, Kansas on May 5, 1927.

Jean moved with her parents, Edward and Esther, and older brother Lloyd to Everett, Wash. in 1938. After graduating from high school in Everett her parents moved to Ore. and she had to support herself, which reflects her independence and initiative. She went to nursing school in Everett between1945-48, and she worked in Okla. and Calif. On a visit to Everett to see a nursing classmate, she met her husband Elwin Clifford Gresham, on a blind date with another couple to the Green Lake Aqua Center in Seattle. They were married on Dec. 8, 1950.

Cliff was in the Air Force so Jean was able to do more traveling. They were stationed in Italy and Guam, and many locations within the U.S. including Calif., Neb., Colo., Ala., and Kan. During these years, Jean had four children named Linda, Steve, Cathy, and Doug. In 1974, Cliff retired from the Air Force and they moved to Cheney, Wash. where they enjoyed having a large garden, volunteering at the recycling center, and going cross-country skiing. She loved to try new recipes, the Gresham's were members of Emmanuel Lutheran Church, the High Flyer square dance club, and she worked as a nurse at the Cheney Care Center. Throughout their life, Jean and Cliff loved to travel and went to five of the seven continents; of course, Antarctica would be much too cold for Mom!

Eventually Cliff and Jean moved into an independent living unit at the Cheney Care Community. The last few months of her life she lived at Courtyard Assisted Living in Colfax, Wash. to be near her daughter Cathy.

Jean had a keen sense of humor and will be dearly missed by her family and friends. Her family wishes to thank all of their friends within the independent living community and church who looked out for Mom and alerted her daughters as needed. We would like to thank the Assisted Living Centers for the care and attention Mom was given during her time there. We especially appreciated the extra time many of the staff gave to Mom at the Courtyard as she declined. Thank you!

A private service for the immediate family will be held on June 10, while a Celebration of Life will be held for Jean and Cliff in the fall of 2021.