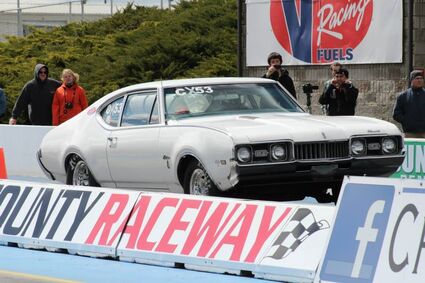 A public meeting on the proposed sale of the Spokane County Raceway to the Kalispel Tribe of Indians will be held via Zoom on June 29 at 2 p.m.

SPOKANE - There's a red flag waving at the proposed sale of Spokane County Raceway to the Kalispel Tribe.

And now, pursuant to Washington state laws, and according to a June 15 news release, Spokane County will hold a virtual public hearing on Tuesday, June 29 at 2 p.m. to declare as surplus and dispose of 243 acres of "Raceway Property," to the Kalispel Tribe of Indians, a federally recognized tribe.

On May 5 it was first announced the tribe had made an offer of $4.75 million to take Spokane county out of the racing business. The tribe on June 14 added two additional parcels to its offer which now is $5.05 million.

But since that announcement others have expressed interest in the land, including the City of Airway Heights and, according to the County, private investor George and Kelly Lawrence, for $4.8 million.

Airway Heights is concerned that the property's sale to the tribe will eliminate it permanently from the city's tax collection as the property currently is within the city boundaries.

"I have had issue with this ever since I first learned of it," Councilman Larry Bowman said at an earlier meeting. "I'll put that on public record this evening."

Bowman's concerns stem from an ever-increasing foothold the tribe is pursuing. "I mean, how much more can we stand to give, or can we stand to not get any revenue stream from?"

The county bought the former Spokane Raceway Park at a receivership sale in 2008 for $4 million but has spent several million more into the three-track complex since.