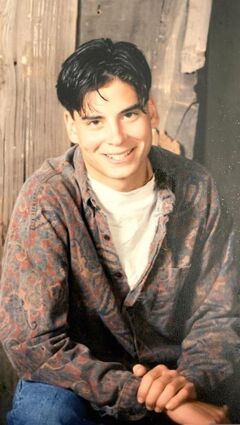 Michael is survived by his sisters Christine Hoffman, Colleen Pacheco, Patricia Courtney, Pamela Wright, his brother Keith Pacheco, and many nieces and nephews.   He had very close relationships with many of his nieces and nephews and adored them greatly.

Michael graduated from Cheney High School in 1993.  He went on and received his bachelor's degree in Film Studies from Eastern Washington University.  Michael was accepted into Florida State University, which at that point in time was the #2 film school in the nation.  He then graduated at the top of his class from FSU with a Masters of Fine Arts in Film.  Michael worked in New York City for the David Letterman Show, starting as an intern, eventually migrating it to full-time. Upon leaving NYC he moved to Los Angeles, Calif. to pursue being a director in the film industry and worked for numerous agencies.  Michael made several short films and commercials, some of which were entered into film festivals across the nation.  Michael's short film "The Extra" was the Winner Best Short 2007 for Moviefone/AOL Shorts, and Official Selection for the film festivals in Nashville, Dallas, and other cities. Michael's true passion was writing.  He spent hours upon hours writing his next script.  His exceptional skills brought him notice within the industry, and awe from all that knew him.  He was always one for a good creative prank and had a great dry sense of humor.  Michael was a jack of all trades, brilliant, adventurous, outgoing, yet still very private.  Michael will be missed.

Services will be held at 1:00 pm Sat., May 29, 2021, at Cheney Funeral Chapel in Cheney, Wash. Online guestbook at cheneyfuneral.com.