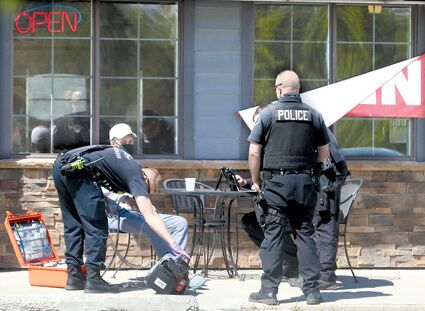 Cheney police and first responders were called to Bruchi's, 2630 First St., Tuesday afternoon. Police were on scene first with a man sitting outside of the business. Details of the call were not available before press time.