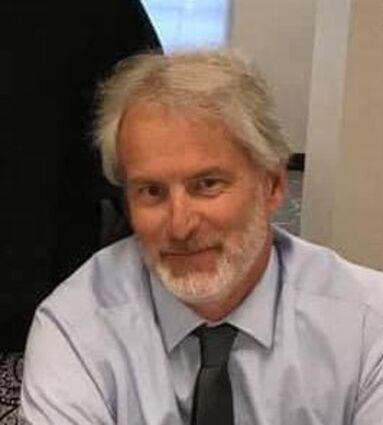 Randy was born on March 19, 1964, to Jerry and Claudia Geschke. Randy graduated from Cheney High School in 1982.

He met the love of his life, Colleen Renfro, in 1986 and they were married on July 23rd, 1988. Randy and Colleen welcomed their first child, Kaylie in 1997. Their son, Jared, followed in 2001. Randy was a wonderful husband and father and was so very proud of their children.

He loved snowmobiling and camping in which he passed that love to his family. They all enjoyed their annual snowmobile trip to Priest Lake with Cheney friends. His other passion was camping and fishing at Bell Bay on Lake Coeur D’Alene. The family camped there as often as possible. Randy was a hard worker and kept their huge yard looking like a city park. Randy was co-owner of Key Rock, with Brother Keith, for 25 years.

Randy passed away suddenly in his sleep on May 13th, 2021 from an apparent heart attack.Randy was preceded in death by his father Jerry in 1999.

A Memorial will be held Fri., May 21st, 2:00 pm at Cheney Funeral Chapel. Online guestbook at cheneyfuneral.com