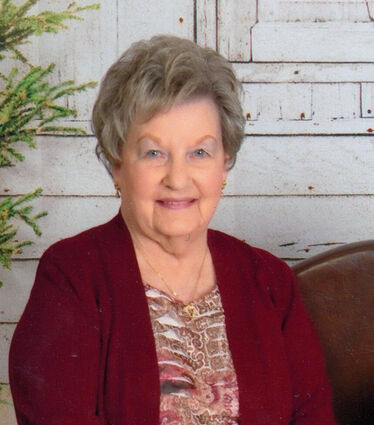 Dorothy M. Jones passed away peacefully at sunrise on May 4, 2021 in her home surrounded by family. Her life's journey would begin on Feb. 23, 1927 in St. Paul, Minn. She was the second child and first daughter born to Stanley and Rose Wojtanowicz.

Mom's childhood years were spent living on her grandparent's farm during the Depression. She had fond memories of swimming in the Mississippi River on hot summer days, the fall wheat harvest and attending school in a one room school house. Eventually the family would move back to St. Paul where she would attend St. Casimir Catholic School.

By 1940 the family would move to Tacoma, Wash. She was 14 years old. She attended St Leo's Catholic School until the 10th grade and went to work to help support the family when World War II was declared. She would be employed at Madigan General Hospital at Fort Lewis Army Base and later at Harmon's Furniture Factory in Tacoma. At Harmon's she was making bed springs that were being installed on U.S. Navy ships.

At the end of WWII, Mom would find herself living in Fort Worth, Texas. She was working at the NCO Club on Carswell Air Force Base as a hat check girl. It was from across a crowded dance floor that she would notice a handsome Tech. Sergeant, Warren D. Jones, who turns out was very "smitten" with her.

Wedding bells would ring out on Feb. 11, 1948 and her life as a proud military wife began. Together they would raise five children and move to four Air Force bases, including Anderson AFB, Guam. Being stationed there was Mom's two-year tropical vacation. In 1970 when Dad's assignment on Guam was over, they would return to the states and Dad retired at Fairchild AFB after 28 years of service.

They would live in Medical Lake, Wash. for a few years before moving to their forever home in Cheney, Wash. where they lived for 40 years. Mom would work for Key Tronic assembling computer key boards for 10 years. Dad passed away in 2007 and by 2010 Mom was diagnosed with Non-Hodgkins Lymphoma and started her cancer journey. She would sell her Cheney home and move to the Spokane Valley and live with her daughter, Pam, and son-in-law, Jim until her death.

The family would like to thank Dr. Charles Hough, Dr. Guy Katz, Dr. Corliss Newman, Dr. Satinder Singh and Mom's team at Horizon Hospice. We would also like to extend a special thank you to Tom and Sally Stuber for their friendship as well as their spiritual love and support. And a final thank you to Crystal Himelspach for always making Mom look beautiful.

Online tributes may be made at http://www.holycrossofspokane.org. Holy Cross Funeral and Cemetery Services of Spokane.