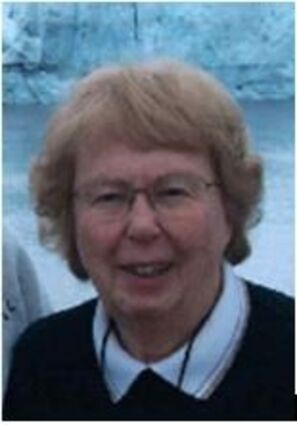 Bonnie Presnell, 91, passed away Sunday, April 18, 2021 in Post Falls, Idaho. Her story began on July 16, 1929 in Spokane, Wash., the daughter of Rilla and Herbert Walden and eldest sister to Mary (Neighbors), Phyllis (Harris) and Priscilla (Bowen).

Bonnie graduated from Lewis and Clark High School in 1947. She married Robert Harris in 1950 and had two sons Richard (Dick) and Robert (Jeff). After the death of her first husband in 1959, she relocated to Cheney, Wash., where she obtained her bachelor of administration degree and master's degree in elementary education from Eastern Washington University.

On June 10, 1962, she married Tom Presnell, a life-long resident of Cheney, and had one son Martin. Together, Bonnie and Tom raised their family in Cheney and owned and operated the Presnell Mobile Home Court.

She taught elementary education in the Cheney School District, retiring from Betz Elementary in 1984. Bonnie was a long-time member of The P.E.O. Sisterhood, Order of the Eastern Star, Alpha Delta Kappa (ADK) and most recently Moran United Church.

She enjoyed annual trips to Reno, reading, growing flowers, family gatherings, summers at Williams Lake and church. She was known as "Bonnie Christmas" for hosting a family Christmas Eve potluck for decades and her love for decorations, Christmas music and gift giving.

A celebration of life will be held this summer at her beloved cabin at Williams Lake.