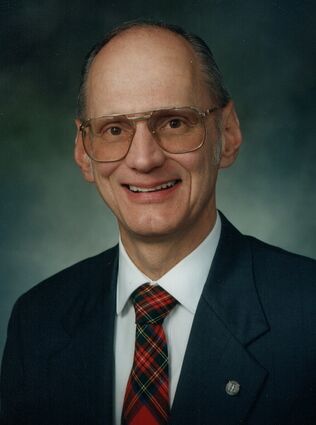 Peter O. Hansen, M.D., "Kenai's Doctor Pete" passed into the arms of the Lord on March 25, 2021, after several months of battling mesothelioma.

Pete was born in Spokane, Wash. in 1938. He always enjoyed fixing things, in fact, when choosing a career, he was torn between becoming an auto mechanic (fixing cars) and family medicine (fixing people). With his love for people, and knowing he could better provide for a family, he elected medicine, graduating from the University of Washington Medical School in 1963.

Eventually, he and his bride, Karolee, made their way up to Alaska, and settled in the town of Kenai, which had no hospital or medical clinic and one gravel road running through town.

Doctor Pete formed the Kenai Medical Center, Inc., where he loved and served the Kenai Community for over 50 years. Some of his medical equipment, supplies and memorabilia from this time will be displayed in the "Bush Doctor's Cabin," located next to the Kenai Chamber of Commerce and Visitor Center. He was actively putting finishing details on his wishes for the cabin's interior at the time of his death.

Doctor Pete had a passion for Scouting, Masonry, old cars and small engines, snow machining and motorcycling. He loved to dance and listen to music, especially Karolee's piano playing. He actively promoted the Communities of Kenai and his original hometown of Cheney, Wash., in many ways. If he had an idea that took root, he would not give up until what he envisioned was realized. His sister, Teri, said, "Pete was a testament of what could be accomplished by the efforts of just one person."

He will be joining his sons Erik and Leif, as well as his parents Roy and Rosella Hansen, in Heaven.