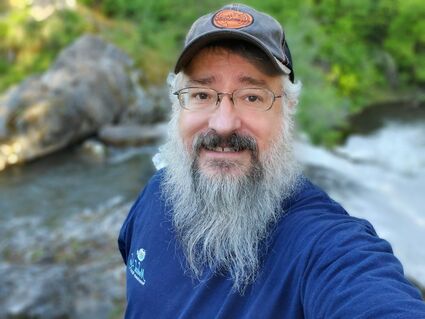 Douglas Duane Wolfe, 51, a loving husband and fantastic father, went to be with the Lord on April 1, 2021 after a courageous battle against pancreatic cancer, surrounded by his family. He was born in Fort Worth, Texas to Duane and Carolyn Wolfe.

Doug grew up as a proud Air Force brat as his father’s military assignments took the family to Rantoul, Ill; Fairbanks, Alaska; Abilene, Texas; Anchorage, Alaska, and finally Fairchild Air Force Base. While at Medical Lake High School, Doug played tennis, soccer, and band. After school, he was active with the Boy Scouts and became an avid fisherman, hunter, skier, and expert paint baller. He received his diploma 1987.

Doug received a bachelor’s degree in Business Administration from EWU in 1992 and went to work in the information technology sector. However, in 2006 he decided to pursue his true dream of teaching. In 2008, he completed a master’s in education with Gonzaga University. Doug substitute taught around the area for a couple of years and then took a full-time position with the Aberdeen, Washington, School District.

In 2013, Doug was hired by the Medical Lake School District. He proudly taught multiple subjects to fourth and fifth-grade students and mentored the Medical High School Robotics Team (Circuit Breakers): a real success story with numerous awards and trophies. He remained with the school until December 2020.

When not working with students, Doug unselfishly shared his time with family, friends, and the community. He could always be counted on to lend a hand with a project, work at charity and sport events, or spend time with someone in need of support.

Doug is survived by his parents Duane and Carolyn Wolfe; his wife of 25 years, Deanna; their children: Chase Duane, Samantha Marie and Grayson Noble; brother Robert and wife Paula and many other family relatives and friends.