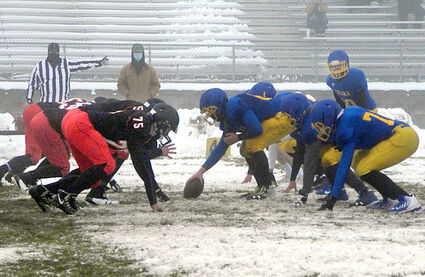 Liberty (Spangle) and Colfax squared off last Saturday in a jamboree. They take the field in Spangle at 7 p.m. Friday night for their season-opener.

COLFAX - A call from a Liberty (Spangle) High School quarterback was the sign football is back.

Only senior parents were allowed inside the fences due to coronavirus protocols. Fans stood on snowbanks and cheered game-like action for the first time in 15 months.

The teams now move on to full games this week.

At 7 p.m., Liberty will host Colfax on the Lancers' home fiel...