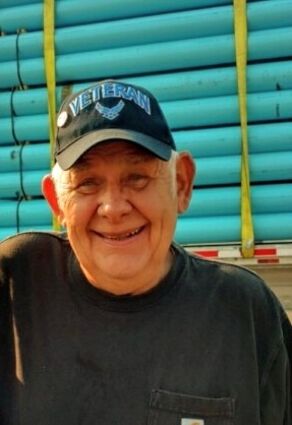 Donald Henry "Don" Thorstenson, 76, of Medical Lake, Wash. entered into his Heavenly home, surrounded by his loving family, during the early morning hours of Jan. 30, 2021. Born on Nov. 23, 1944 in Mobridge, S.D., Don was the second child and only son of Henry Theodore and Anne Marie (Stepenenko) Thorstenson.

Though born in Mobridge, Don spent his childhood on the family farm in Timber Lake where he attended a one room schoolhouse close to home. When he was in the sixth-grade, Don left the country school, rode his horse into town and attended Timber Lake High School, where he graduated in 1963. Don was a popular young man in his small town; he played football, rebuilt old cars with his friends and drove around in his Model A two-door.

On Feb. 28, 1967, Don joined the Air Force and began his 20-year career in the Armed Forces. He spent one year on a tour of Vietnam and upon returning he was stationed at Fairchild Air Force Base. It was during this time, as fate would have it, that he went to a mixer in Airway Heights and met the love of his life, Rose Ann Newell. The couple married, while driving across country, on Aug. 4, 1975 and would spend the next 45 years together.

Don and Rose traveled the country and the world with the military and two kids in tow, moving from Maryland to Guam and places in-between. When it was time to retire from the military in 1987, they decided to move to Washington State and put down roots for their family. Even after his military retirement, Don was always very proud of his time in the military and wore his VET cap everywhere he went.

After retirement from the military, Don became a rock driller and was a member of the Laborers Union 238. He traveled to many different places during his second career, assisting in road building and other projects. Don was proud of his work, his coworkers and his affiliation with the Laborers Union. After another 20-plus year career was over, it came time for him to retire for a second time and in 2009, Don learned to enjoy his "free time."

After retirement, Don decided to start volunteering with the SCOPE program in the Spokane Valley. It didn't take very much time and Don was in love with the program. He was so proud to be a part of the community and to be directly involved with the Sheriff's office. He would tell stories of his car patrols, fingerprinting and making sure we all knew where the dangers might be. He met many friends while volunteering and genuinely cared for each person he worked alongside.

When Don and Rose moved to Medical Lake, he immediately made sure that he would be able to volunteer at the new station. He was so proud when he received his life time achievement award from the Sheriff and told everyone that he came to his house personally.

Don was a proud husband, father and an even prouder grandfather, he was very proud to be called "Papa." Don and Rose took their grandchildren on many camping trips to Twin Lakes and Clear Lake. They drove their motorhome to Oregon, Montana, South Dakota, Wyoming and took their kids and grandkids along with them.

Don was a hardworking, intelligent, kind and wonderful man. He spoke to people everywhere he went and made friends easily. He hugged the checkout girls and knew all their names; he would go to the same stores because the people there were his friends.

Don loved to give advice and share his knowledge of many different subjects, he made sure he always knew the weather and made sure to ask if your oil was changed. He was truly one of the good ones and we are all better off for having known him.

Funeral arrangements have been made through the Cheney Funeral Chapel and St. John's Lutheran Church in Medical Lake. Due to COVID-19 restrictions and for the health and safety of our family members, the service will be available to watch live through the St. John's Lutheran Church's Facebook page. The Cheney Funeral Chapel will also record and share the service and military honors on their website.

If you would like to make a monetary donation in Don's memory please send to the SCOPE Medical Lake Office. Please send any flower gifts to the Cheney Funeral Chapel. Online guestbook at cheneyfuneral.com.