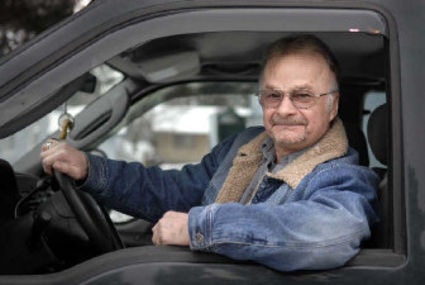 Chet Bettcher, of Spangle, Wash. passed away peacefully at home surrounded by family on Wednesday, Dec. 2, 2020 on his 78th birthday.

He was born in Portland, Ore. on Dec. 2, 1942 and attended Rainier High School in Sea-Tac. In his younger days he enjoyed bull riding, playing softball and hanging out with friends. An avid Seahawks fan from the beginning, he never missed a game.

On Aug. 31, 1990 he married his best friend, Ann Bettcher at the Hitching Post. During his career he held many positions but in 1974 he took a position as a teacher's aide at Lakeland Village where he gained many lifelong friends. After 30 years, he retired in 2004 to enjoy some of his hobbies such as camping, fishing, hunting, country dancing and spending time with his grandkids.

In 2011, Chet and Ann made numerous friends spending their summers as camp hosts at Dworshak Reservoir and Heyburn State Park. He had a kind heart, warm smile and was always willing to help someone in need. He will greatly be missed.

Funeral arrangements will be handled by Pacific Northwest Cremation and Funeral. A celebration of life will be held at a later date.

A special thanks to the wonderful staff of Horizon Hospice for your compassion. In lieu of flowers, please send donations to the COPD Foundation.