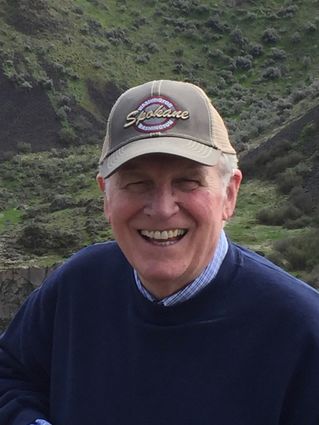 Reggie was born July 25, 1944 in Bloomfield, Mo. Upon graduation from Bloomfield High School, he attended Southeast Missouri University earning a bachelor of science degree in education. During his junior year of college, he joined the U.S. Air Force and was in the first class under Operation Bootstrap to receive his degree.

After college graduation, Reggie served his country during the Vietnam Era as an air traffic controller in the Air Force. He served with distinction and honor for almost 21 years and retired as a Master Sergeant. Following his Air Force career, Reggie worked for the Federal Aviation Administration for 20 years until his retirement.

Reggie met the love of his life, Diane, at college and after a short engagement, they were married on March 23, 1968. Then their adventures began with USAF assignments at various bases in the U.S., Southeast Asia and Middle East. They loved traveling; experiencing different locations, cultures and foods. Reggie, Diane and their three children gathered fond memories from every place they lived.

Reggie's love for the Lord and his desire to serve Him was evident in every place he lived and church he attended. He served God as Sunday school teacher, youth leader, men's group leader and mentor. He used his love for cooking to serve meals for various church occasions. His woodworking skills were used in building projects at every church he attended. Reggie had a beautiful voice, and loved to play his guitar and sing to the Lord. He is undoubtedly singing praises of worship in heaven with the angels.

Reggie was a skilled bow hunter and competed in archery tournaments for many years.

He also loved woodworking; making furniture for family and friends. He loved to handcraft pens and frequently gave his pens away with a lesson about the type of exotic wood used to make the pen. He loved to fish and made sure he fished in every area of the U.S., as well as other parts of the world, where he lived or vacationed. Reggie was very fond of playing cards with family and friends. When health permitted, he enjoyed his pinochle games with the Medical Lake Seniors.

Reggie strongly believed in helping young boys grow into strong young men of integrity. He was involved in the Big Brother Program, serving as a mentor to youth within the church. He was also a Pack Leader, as well as Cub master, of the Boy Scouts Pack 307 in Medical Lake.

Reggie loved to cook and enjoyed finding his favorite "food spots." He loved a big, juicy steak at wolf Lodge, cheeseburgers and French fries, his breakfast sandwich with tots from his favorite crew at Zip's in Airway Heights and raspberry mocha, "very hot," from Tommy G's.

Reggie's love for his Lord and his family was deep, strong and forever. He leaves a hole in our lives that cannot be filled. He is survived by his wife, Diane; his children: Julie (Tim) Davis, Krista (Gary) Hartman, Jeff (Kristina) Nichols. He will be greatly missed by his grandchildren: Andy (Kayla Davis), Chris (Haley) Davis, Hannah Rose "Lee-hee" Hartman, Cameron Nichols and Alyssa Nichols.

Due to COVID-19 restrictions, there will be a private family funeral / remembrance service followed by burial at the Washington State Veterans Cemetery.