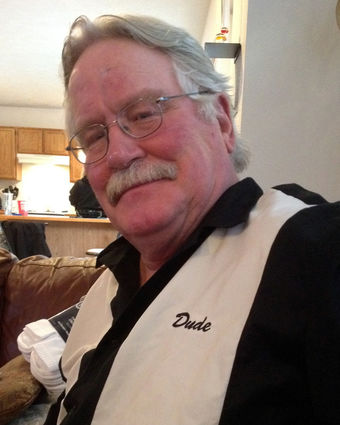 You see, the Dude was a man of the people. Born in 1951 in Ithaca, N.Y. to John and Mary Perry as part of an Army family, they moved all over this great land of ours with stops in Germany, El Paso, Queens, Tacoma and finally settling down in Medical Lake, Wash.

After graduating from MLHS, he began a 49-year career of service to the State of Washington. Whew, 49 years...

He retired from the Department of Corrections as a lieutenant and chief hostage negotiator in 2002 before returning to service once again with the community restitution work crews. He kept working far too late in life, only to take care of the ones he loved. That was the Dude for you.

The Dude was quite gregarious and loved a good party. He was also one of the most generous folks you'd ever meet; always willing to lend his time, energy, money, and of course a canopy or two. He was a member of several organizations and event committees in the community of Medical Lake such as Friends for Children, Blue Waters Blue Grass Festival and the Medical Lake Athletic Hall of Fame Committee, just to name a few. In 1985 he was named volunteer of the year for the Special Olympics in Washington.

He organized and coached a myriad of youth and adult sports teams for over 30 years. His favorite past time was being the manager for his prized men's modified softball team... The Generals. He founded the Trailblazer Triathlon and 3-on-3 basketball tournament for Medical Lake Founders Day that still continues to this day.

He would give the shirt off his back to his only son, Davin, whom he loved immensely. He taught Davin countless life skills and lessons, helped foster his dreams, and would show up on a dime in times of need.

The Dude made a great number of friends and connections over the years. Some would fade, as many do as we age, but his best friend Joe would be there through it all.

And even though it wasn't by blood, he treated Cloe and Quinn like his granddaughters in every way.

His final 20 plus years were spent with his longtime partner and love, Terri. They loved the great outdoors while living the RV life, NFL football, firing up the 'ol Traeger grill for family and friends, caring for Cloe, and of course their precious animals Bella, Duchess, and Valley.

He was taken from us too soon.  But as the Dude would say, it was his time to pay the band.

An outdoor celebration of life is planned for Friday, April 9 on what would have been his 70th birthday.

Location and time are TBD.