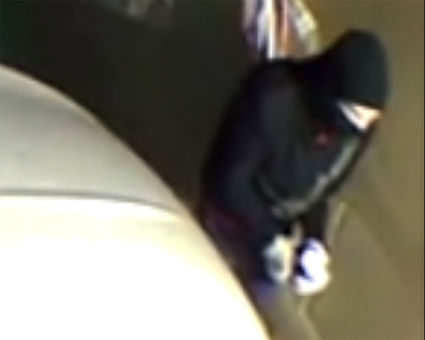 A home surveillance system camera view of a suspect wanted in connection for five incidents of politically-motivated vandalism in late September in Spokane Valley.

SPOKANE VALLEY – The FBI and the Spokane County Sheriff's Office are asking for the public's assistance in identifying the individual or individuals responsible for nearly $20,000 in politically-oriented damage that took place in the southern portion of the city in September. Additionally, the FBI is offering a $5,000 reward for information "leading to the identification, arrest and conviction of the individual(s) responsible." 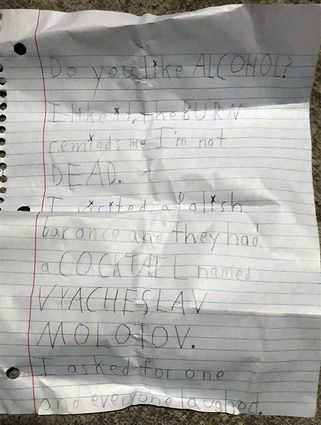 A note was left by a suspect at one of the residences damaged in September's vandalism in Spokane Valley.

Five properties were damaged in the incidents that began Sept. 18, with three taking place in the late-evening/early morning hours of Sept. 26-27 in the neighborhood south of 32nd Avenue between Pines and Bowdish roads. The suspects spray painted garage doors and vehicles, stole property such as campaign flags and damaged campaign yard signs.

According to a Nov. 19 news release from the FBI's Seattle Division, at one of the locations a suspect left a handwritten note with distinctive I's dotted with X's. In another instance, a home surveillance system on South Union Street captured a video of a suspect wearing a sweatshirt

Anyone with information regarding these incidents should contact the FBI's Seattle Field Office at 206-622-0460, Spokane's Crime Check at 509-456-2233 and reference #10128874, or anonymously at tips.fbi.gov. Individuals may also contact the local FBI office or the nearest American Embassy or Consulate.