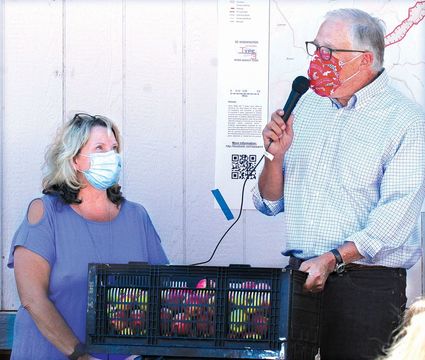 That press conference followed a presentation he made to town residents and leaders only minutes before, a presentation in which he requested all media be excluded from.