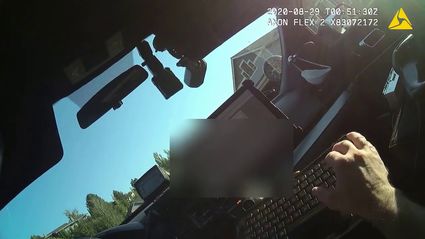 The municipal ticket was written as a civil infraction under the city's nuisance party law, which prohibits parties in the city.

Pullman and Washington State University, as well as the city of Cheney and Eastern Washington University, have announced crackdowns on university students wearing masks and hosting or attending parties.

In the video released to KREM TV, an officer tells Ethridge that the key to hosting a party is to keep it "out of sight, out of mind."

The city has since expanded its municipal ordinance to allow officers to ticket individual party-goers as well as party hosts.

On Sept. 15, the council amended Ordinance No. 20-6, the public nuisance statute, to include violations of federal, state and local health orders or proclamations.

Under the revised city ordinance, the minimum fine for a party host was raised from $150 to $250, making it a Class II civil infraction for the single offense. Any additional offenses carry a penalty of $500 and a mandatory court appearance, and are considered a Class I offense.

The revised ordinance also adds "any person" violating the order can also be ticketed - meaning party-goers can be fined for attending.