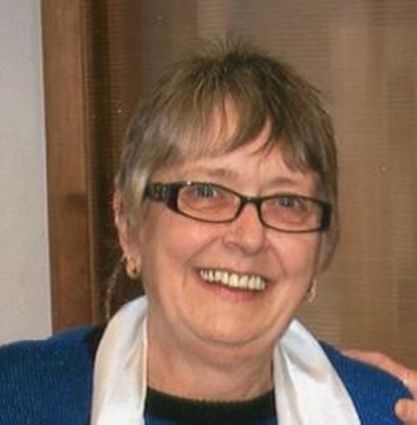 Cremation has taken place; Angie's remains are to be place next to her mother in Shelby, Montana.

Angele (Angie) was born in Toole County, Shelby Montana. She attended Shelby Public school between 1957 and graduated from Shelby High School in 1979; the home of the Tigers and the Coyotes.

Angie left Shelby and lived in various locations in Spokane, before settling in Cheney Washington for nearly twenty years. She lived at the Washington Street Square Apartments for nearly 18 years. While there she held a bible study with her friends at the apartment complex. Angie was always helpful; a quick hand at taking care of people. There were those in need of specialty assistance. She made meals, drove them to appointments; and caring for their physical needs. She worked for Joan Lundstrom at the Cedar Village on Sunset Hill; tending to campers needs, RV rentals, and motel units there. Joan Lundstrum praised her highly for her efficiency and work ethic.

Angie attended the United Methodist Church. She was active in hospitality work, greeting people, working in the kitchen

cleaning up, serving cookies or pouring coffee to be helpful. Angie was a member of the 3-D's Red Hat Society "The Durable Dashing Dames". She greatly enjoyed the teas and an outing with her Red Hat friends.

Angie had a fond love for animals; her most constant companion was a little dog called Katie and Goober, her little parrot. Others included Moses her cat and Mea a little shelter dog.

Angie was preceded in death by her parents Fred and Edna Borninkhof of Shelby, three brothers Harley. Henley, and

Survivors include Beverly Granger, Westley Borninkhof, and Shirley Durum, of McMinnville Oregon, as well as many nieces and nephews.

A CELEBRATION OF LIFE IS PLANNED AT A LATER DATE.