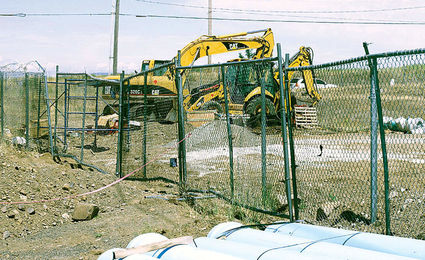 Work has commenced at Medical Lake's well on State Route 902 and Craig Road linking it with water from the city of Spokane.

MEDICAL LAKE - It's construction season on the West Plains, and residents driving through the roundabout on State Highway 902 and Craig Road can see work being done one task that's been underway since the beginning of summer.

That undertaking is the city of Spokane Intertie Project with Medical Lake.

The project's purpose is to provide an emergency water source for Medical Lake outside its current aquifer, "in the event there is ever a contamination event such as the one from Fairchild Air Force Base a few years ago," according to city administrator Doug Ross.

Ross was referring to the...