Lenny's in Cheney closes for good 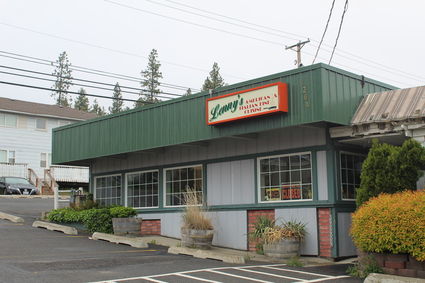 A dining favorite in Cheney for over 20 years, Lenny's Italian and American Cuisine is shutting its doors permanently.

CHENEY – A dining favorite in the city has shut its doors permanently.

Lenny's American and Italian Fine Cuisine on 1st Street has officially closed. While a post on the businesses Facebook page March 28 noted they were closing their doors due to restrictions imposed by measures to slow the spread of the coronavirus, Jennifer Matika, wife of owner John Matika, said today (May 14) they had made the closure permanent.

"It's very devastating for us to have to close down" she said. "It's meant a lot to us being in this community."

The Matikas, who bought the business on Nov. 20, 1999 and transformed it from a burger and fries drive-in to one of the better dine-in restaurants in the area, had been attempting to sell the business for several years, Jennifer said. Gov. Jay Inslee's "Stay Home, Stay Healthy" proclamation on March 23 closed all non-essential businesses, and originally the couple hoped that would be temporary.

Jennifer said they tried staying open and serving customers via takeout orders, as many other restaurants have done, but after three weeks, that proved too costly. After reviewing recently released guidelines for restaurants to reopen under Phase 2 of the state's "Safe Start" plan, she said they decided to shut the doors for good.

Jennifer Matika said many of these requirements wouldn't allow Lenny's to continue to operate profitably, requiring the hiring of additional help while cutting back on the number of customers they could serve.

Some of those guidelines include limiting parties and tables to five guests or less, keeping guest occupancy at 50 percent of maximum building occupancy or lower, and placing tables far enough apart - measured from chair to chair - to ensure guests seated at a table are a minimum of six feet away from guests at an adjacent table.

"It was a difficult decision," Jennifer Matika said "We will miss it a lot."

After this story was initially published online at http://www.cheneyfreepress.com, community reaction to the closure was a mixture of disappointment and sadness. Several readers provided recollections of times spent at the restaurant.

“We will miss our date nights there,” Julie Poolman-Jackson wrote. “Such a nice eat-in restaurant, something Cheney doesn’t have much of.”

“We made good memories with our family at Lenny’s,” Debbie McGourin added. “After sports some of our last dinners with Grandpa.”

Editor's note: This story was update May 21 to incorporate online comments on the closing.