By Terrie Schmidt-Crosby
The Odessa Record 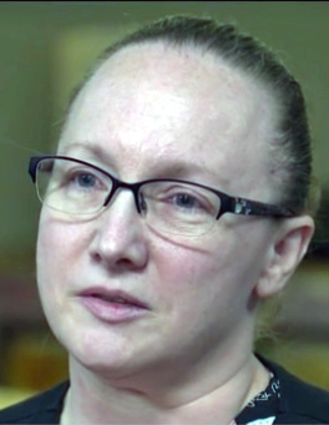 KIRKLAND -- Life Care Center, north of Seattle, has been the epicenter of the COVID-19 outbreak on the U.S. west coast. The company, with headquarters in Cleveland, Tenn., operates or manages more than 200 skilled nursing, rehabilitation, Alzheimer's and senior-living campuses in 28 states.

Chelsey (Walter) Earnest, the daughter of Bruce and Debbie Walter of Odessa, is a registered nurse who lives and works in Puyallup for Life Care Centers of America. When a call for help arrived from the company's sister facility in Kirkland, where one third of the staff and many of its residents were sick, Earnest heard the call and volunteered to work in Kirkland. The illness spread rapidly among the mostly elderly residents there. Ultimately, 129 patients tested positive for the virus. To date 29 have died.

The March 24 edition of Anderson Cooper 360 on CNN included video of interviews with Life Care Center (Kirkland) staffers, including Earnest. Most of the staff became quite emotional when talking about events of the past few weeks. Especially in long-term care situations, patients and staff get to know one another quite well. A major event like COVID-19 and so many deaths in such a short period of time have left these health-care professionals reeling.

In the interview, CNN's Sara Sidner asked Earnest what her impressions were of the course of the outbreak. Earnest responded that the virus does not like heat but likes the cold. And the one salient feature she noted that to her knowledge had not been mentioned elsewhere was that "red eyes" affected those who came down with the virus, not within the eye itself but around the rim of the eye. In some patients, this was the only symptom to appear before they became very ill and died.

Earnest said the Kirkland facility sent out a cry for help early in the outbreak. But staffers there were on their own until members of the CDC arrived to lend assistance. Today, staffers carry on, continuing to provide care for their vulnerable charges, while doing their best to maintain their own health and prevent the spread of the disease.

Terrie Schmidt-Crosby is an editor with Free Press Publishing. She is the former owner and current editor of the Odessa Record, based in Odessa, Wash.